The Kīngitanga and the World 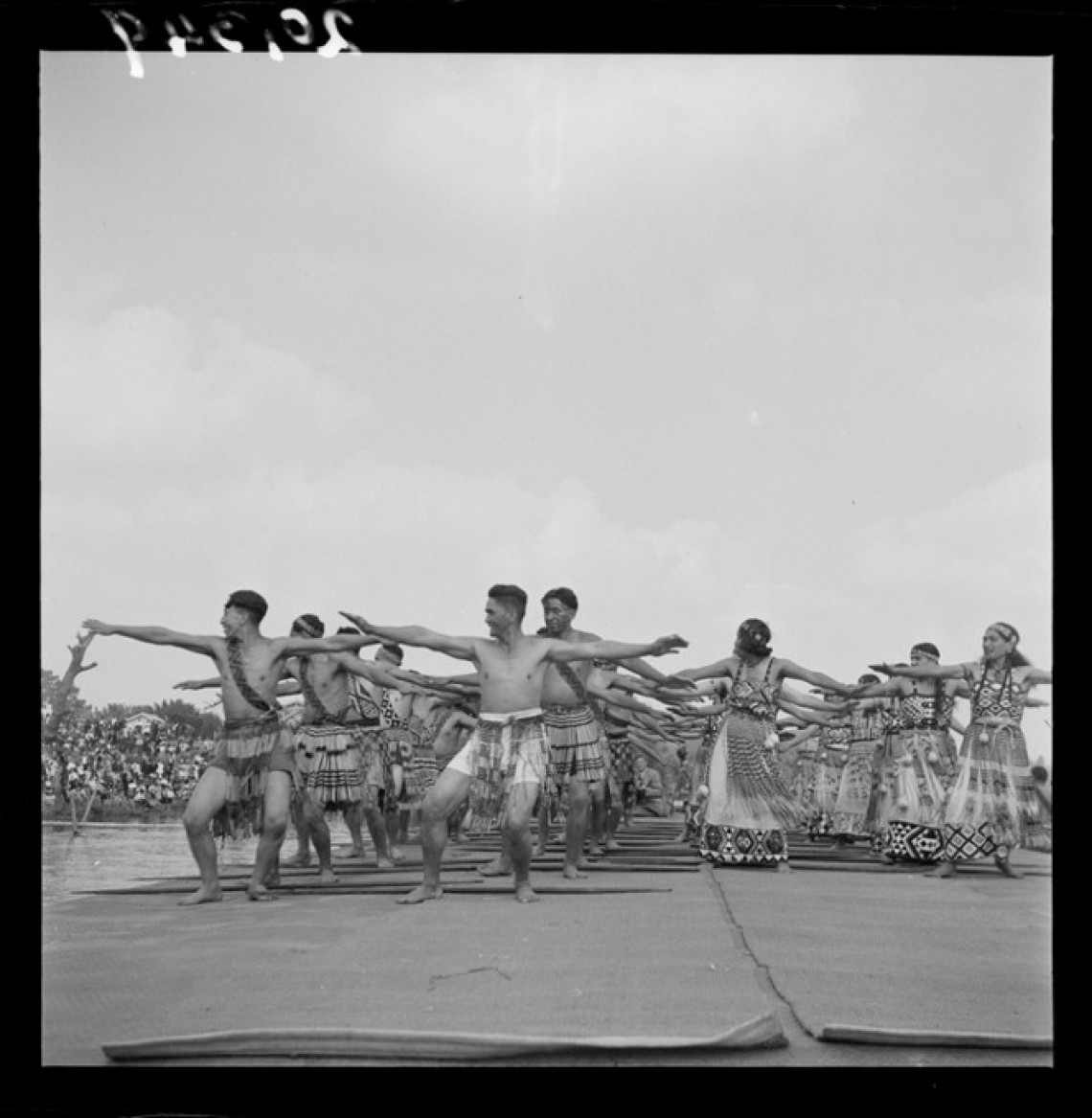 World War Two presented an opportunity for the Kīngitanga to make connections internationally, once the United States had entered the war, and New Zealand became a rear base of sorts for the defence of the Pacific.

From June 1942 through to the end of the war, approximately 100,000 servicemen from the United States were stationed in New Zealand.[1] The Kīngitanga took the opportunity to help foster better relationships between New Zealand (especially Māori) and American servicemen, and to engage with international powers through correspondence.

The Kīngitanga played an important diplomatic role in helping good relationships in the country with the US officials and military officers.  Tensions arose, leading to a cultural clash, especially with those from the southern USA, who were used to segregation and Jim Crow laws and as a result weren’t as comfortable working and eating alongside Māori.[2] Michael King said that a number of incidents involving servicemen and Māori across the Waikato increased towards the end of 1942, so Te Puea Hērangi made an appointment to see the officers in Manurewa. She was made to wait and was then insulted by the officer, and she told the story to people in the Māori settlements on her way home. A few days later, after a violent incidents between a number of US Servicemen and Māori, the officers contacted Te Puea to arrange a meeting in Ngāruawāhia.[3]

King suggests that a template for the future was set at this meeting, at which Te Puea suggested that small groups come to Tūrangawaewae and receive a day’s entertainment and hospitality as a show of warmth. These “garden parties” had a positive effect, and US Servicemen also turned out in numbers for the annual regatta hosted by the Kīngitanga, setting a pattern of fundraising and socialising that has largely been continued at Tūrangawaewae.[4]

In addition to these face-to-face contacts, the Kīngitanga also reached out to foreign diplomats through their own correspondence. Amongst the Pei Te Hurunui Jones papers at the University of Waikato is a letter from Kīngi Korokī to the U.S. President Franklin Roosevelt, dated to 1944. Within the letter, Korokī thanks the President for some kind words; it is unclear whether these words had been directed at Māori in general or to the Kīngitanga specifically but Korokī does say that the words “have given such pleasure to my aunt, Princess Te Puea Herangi, and to my people generally”. Using Walter Nash, New Zealand’s recent “Resident Minister” in the USA, Minister of Finance, and future Prime Minister, as an intermediary, the Kīngitanga gifted the Roosevelts a fruit bowl and a carved inkwell as a “manifestation of the love and friendship that exists between my people and your own”.[5]  Nash returned with a photograph of the Roosevelts’ daughter Anna and the gifts for Korokī. In his reply, Korokī thanked Roosevelt for the picture and declared that it would take pride of place at Māhinaarangi, The Kīngitanga’s meetinghouse at Tūrangawaewae. He closed with an “invocation” and a renewed thanks for the American intervention in the Pacific War, along with the best wishes from his Aunt, Te Puea, and the chiefs of the Waikato.[6]

In 1943, Korokī donated 50 pounds to the Russian war cause via a rally by the Trades Council in Auckland.[7]  The Kīngitanga had worked with the Trades Council to help protect the Māori village at Ōrākei from alienation by the Government that same year, and the communist newspaper quoted and pictured Te Puea amongst their pages.[8]

These actions, complementary to their contribution to the war effort in terms of soldiers as well as their contribution to industry and charity at home during these years, highlight the significance of the Kīngitanga as an independent political movement. Participation in international diplomacy lends itself a sort of legitimacy in the western sphere, when Government-led diplomacy often (I’m tempted to say always) invokes an othering of Māori as the “noble savage”, the gallant and defeated underdog in an invented paradigm of racial harmony and blessed to have been kept alive by the merciful coloniser. Korokī’s correspondence overseas and his choice to donate to foreign support stands in opposition to that. It demonstrates the capability of Māori independence and their ability to represent themselves on the world stage, and by extension maintain Māori control of Māori affairs, something Te Tiriti o Waitangi is meant to protect.

In my research report [see: https://indd.adobe.com/view/3ca0faf8-8646-4ca1-8a1d-1687245f157d​], I discussed the multi-dimensional nature of the Kīngitanga during the Second World War.  It shows how they contributed to the war effort while looking after their people, continued to seek redress for their grievances from Government, and to protest further land alienation while also participating in civic affairs such as the 1940 Centennial. I believe the correspondence with and support for major foreign powers is another notable dimension of the capability of the Kīngitanga during the wartime period.

[6] The letter used a translation of a mōteatea, which it described as an “invocation”.

[7]Nancy M. Taylor, “The Home Front Volume I” in The Official History of New Zealand in the Second World War ed. by Department of Internal Affairs <http://nzetc.victoria.ac.nz/tm/scholarly/tei-WH2-1Hom-c13.html> [accessed 18 February 2020]