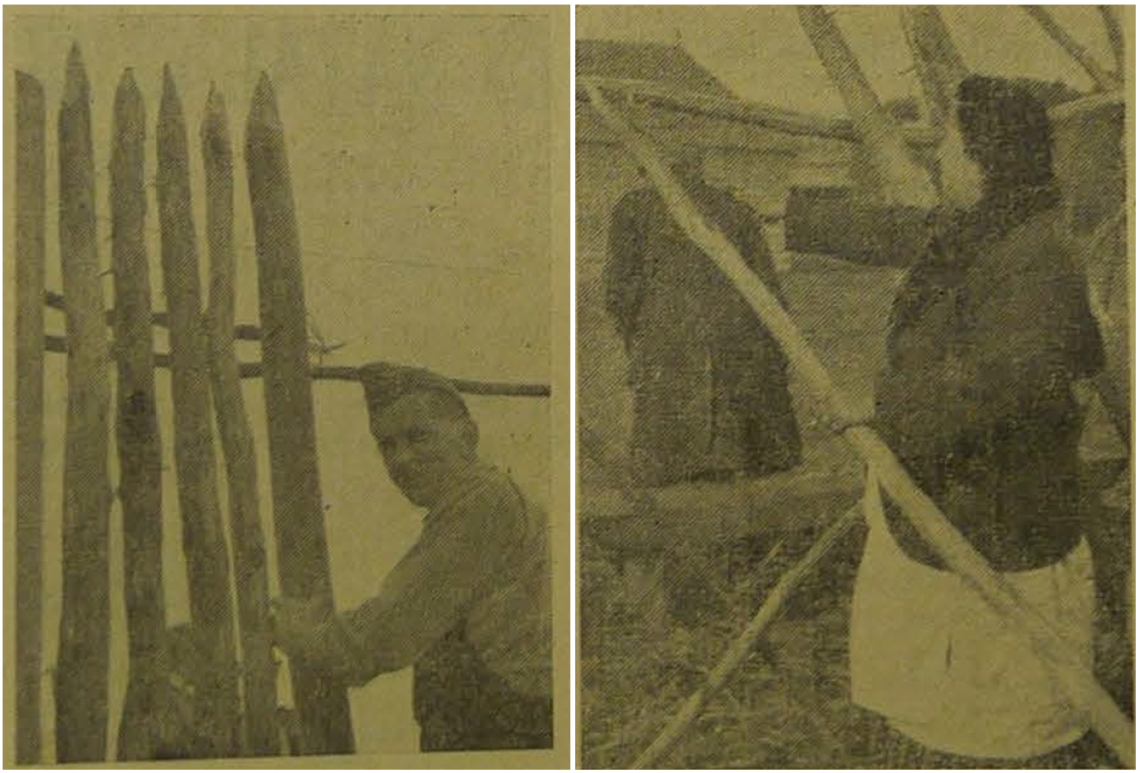 It is impossible to comprehend the Māori war effort at home during the Second World War without reference to ongoing actions for historical redress and justice.

Although the war did impact Māori in many ways, during wartime neither ordinary life, nor ongoing grievances, were put on hold.  Many young Māori men volunteered for overseas service, and men and women moved to towns and cities to undertake essential work, but in the hau kāinga ongoing historical grievances over land did not lie dormant just because there was a war on. Iwi, for instance, still petitioned parliament over lands confiscated during the wars of the 1860s, and for recognition of their rights under Te Tiriti o Waitangi/The Treaty of Waitangi.

This kōrero looks at Māori petitions to parliament during the Second World War. Petitions show that political mobilisation continued despite Northern Māori MP Paraire Paikea’s statement that for the duration of the war Māori were not only willing to serve but to suspend claims and grievances for the greater good.[1]

The Importance of Petitions

Petitions to parliament demonstrate the range of collective mobilisations taking place in communities, from the local to the national in scale. Between 1940 and 1945, the Native Affairs (later Māori Affairs) Committee assessed 176 petitions. This committee, which included Māori MPs as its members, read petitions, heard evidence on them, and also made recommendations to parliament.

The majority of the 176 petitions relate to land. Many of these sought justice for the confiscations enacted against “rebel” tribes who took up arms against the Crown in the 1860s, others wanted their fishing rights secured, and there were large collective petitions, such as from Rātana, seeking recognition of Te Tiriti.

The war could be a catalyst for petitions, such as No.66/1945 ‘Praying for the return from the Vienna Museum of a collection of Maori relics unlawfully removed from the King Country’. They requested the return of tīpuna (ancestral remains) taken by Austrian naturalist Andreas Reischeck in the 1880s and given to the Imperial Natural History Museum, Vienna. They asked: ‘Now that Vienna has fallen we, your petitioners, humbly pray that that your honorable House will take steps to have restitution made on behalf of the Maori people by taking steps to have the whole of the collection herein referred to returned to the Dominion of New Zealand.’[2]

Many of the 176 petitions were collective, meaning there was more than one signatory. In total, the 176 petitions amount to around 15,500 signatures representing numerous communities, from urban centres to small and rural localities, such as Kai Iwi, Pakipaki, Rangitukia, Poroporo and numerous others.

Each petition represents a story of whānau and kāinga mobilisation at the flaxroots and of Māori aspirations. Tracing the story of how a petition came to be also shows that they are often not one-off protests but form one moment in a much longer attempt to secure justice. The Ōrākei petition is one such example.

One of the largest collective petitions generated during the war years relates to the Ngāti Whātua community of Ōrākei.

Described as a ‘largely-signed petition’, it was in fact comprised of four petitions, the largest led by Te Puea Hērangi with 3,319 signatories. Many petitions submitted during the war years related to local matters, but Ōrākei was a nation-wide mobilisation that began in late November 1942 when the Orakei Petition Committee was formed. By February 1943, when the four petitions were submitted, they had accumulated 5,039 signatures from the across the country.

The petition requested restoration of the 25-acre papakāinga reserve, that Ngāti Whātua have secured to themselves the occupation of their ancestral lands, and that the government invest in improving the facilities and amenities for the residents of Ōrākei. It contested the proposal to remove the community from ‘the last remnant of land in Auckland under Māori occupation’, as proposed by the Auckland City Council, because it was their home and also because Ōrākei occupied a special role in the war effort for those Māori who had moved to the city for employment in industry. Relocation of the families and disestablishment of the village ‘as a residential quarter and consequently as a marae would impose a grave injustice not only on the Ngāti Whātua tribe, but also on the Maori people generally, who went there from various parts of the country.’[3]

Located at Ōkahu Bay in Auckland, Ōrākei had slowly been whittled away by the Crown until only a few acres remained, as indicated in the petition. It was not the first time the community had petitioned for the return of their ancestral land or pressed for improvements to their papakāinga.[4]

By 1942 the residents had support from Pākehā. In a letter about the future of Ōrākei published in the Auckland Star in September that year, a D. Burleigh wrote ‘On numerous occasions we have read of the generous sums collected by the Maori and donated for patriotic purposes, we also read of their bravery on the battlefield – fighting so we may be free. Therefore, let them and theirs also be free to retain what is sacredly theirs.’[5]

Pākehā support was reflected in the Ōrākei petition committee, a collaboration between Te Puea, the General Labourers Union and the Auckland Trades Council. Although Ōrākei is in Ngāti Whātua territory, Te Puea’s involvement stems from traditional tribal allegiances between Tainui and Ngāti Whātua.

The community and its supporters also combined protest with petitioning. From April 1943, 200 unionists and residents worked together to erect a 300 foot pallisade around the pā comprised of manuka stakes with tōtara posts embedded in a two foot concrete base.[6] Men, women and whānau worked together, and Māori women gave the use of their land to cut manuka. A carved gateway was also put up.

Te Puea was a prominent participant in the protest.  According to the Waitangi Tribunal report on Ōrākei, the Prime Minister, Peter Fraser, warned Te Puea that if she got involved with the Auckland Trades Council and tried to protect the village the police would be sent in and she could end up in prison.[7] Fraser gave in though, recognising the political importance of the Trades Council, as well as Te Puea’s importance within Māoridom.

He announced instead a proposal to put up houses for Māori residents on the eastern plateau, to retain the marae on the flat area and, with the City Council, build a new meeting house on the site of the old one. This was effectively a relocation and was rejected by Ngāti Whātua and Te Puea.[8]

A few years after the war came to a close the Department of Maori Affairs was instructed to purchase the remaining land and later, when the purchase offer was rejected, to compulsorily acquire the land in 1951. The following year, the community was forcibly removed and the buildings (including homes) were burnt to the ground. Ngāti Whātua ki Ōrākei were now landless.

Protecting Ōrākei formed the basis of a national collective action in 1942 and 1943, but the community was also the location for another political mobilisation during the war years. It was where the Northern Māori MP Paraire Paikea (Ngāti Whātua) launched the Māori War Effort Organisation in 1942, a tribal-based collective supported by the state that mobilised Māori for service overseas and into employment. As the petitioners stressed, Ōrākei was the beating heart of Māori cultural, political and economic life in Auckland and its people supported the war effort by welcoming new migrants to the city there to work in industry.

The Ōrākei Petition was not the first mobilisation, and nor was it the last. When the government proposed to sell the remaining land at Bastion Point for high-income housing in 1977, Ngāti Whātua and supporters occupied the site for 507 days until forcibly removed by police. However, this protest stopped the sale.[9]

Ōrākei was finally returned to Ngāti Whātua by the government in 1988. Decades later, Ngāti Whātua are now an economic and cultural powerhouse in Auckland.[10]

Petitions and protest during the Second World War are part of the Māori war effort. While Māori were serving overseas for the price of citizenship, at home their whānau were still seeking redress for past injustices and trying to prevent further injustices arising.

Left: “New Military Exercises. – Men of the Forces turned up in strength. Private O.B.Y. Gregory looks pleased that it’s 1943 and not 1863—better to building the pallisade than ordered to attack it.”

Right: “Women Work as well as Men. Not only preparing, serving and clearing the meals, but on the actual job Maori and pakeha women worked, often alongside the men.  Above. On the job barking the manuka, is Mrs. Whaititiri Matekitawhiti, one of those who gave the use of their land at Waitakerei for cutting manuka.”

[4] On this long history see: https://waitangitribunal.govt.nz/publications-and-resources/school-resources/orakei/the-loss-of-the-orakei-block/